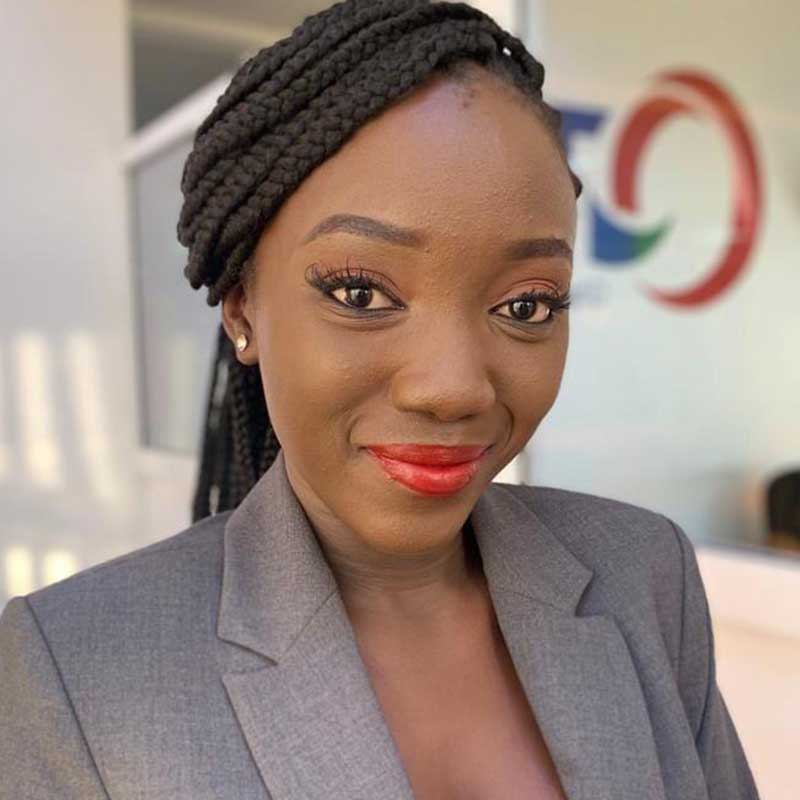 Young people in The Gambia are emerging as the new generation of inspirational environmental leaders.  On World Environment Day we celebrate two young environmental activists who are championing tree planting initiatives: Fatou Jeng, the Country Coordinator for Plant-for-the-Planet and Omar Malmo Sambou, founder of Green-up Gambia.

Fatou Jeng was motivated by Wangari Maathai, a Kenyan environmental activist and the first African woman to win the Nobel Prize, who planted over 51 million trees in her community. Fatou decided to continue that legacy of tree planting advocacy by founding the first environment academy, Plant-for-the-Planet  Academy, where school going children are trained on environmental issues.

“Since I started the tree planting academy in 2015, we have registered tremendous success. We have trained 500 students across the Gambia, who are now serving as ambassadors in their respective schools and communities.”

Omar Malmo Sambou started his advocacy ten years ago when he realized that the Gambia used to have all kinds of wild animals and thick forests, as well as abundant seasonal rainfall which brought good agricultural harvests.

“From an intergenerational perspective, the trend seems to have changed to low agricultural yields, poor rains, deforestation and irreversible biodiversity loss, dominantly due to human activities. This triggered my curiosity and desire to advocate for a better planet with flourishing ecologies to satisfy our needs and not the greed model of capitalism.”

Omar, as part of his Green Up Gambia initiative, came up with a one million trees campaign, which is directly linked to the African Union Great Green Wall Initiative. The Great Green Wall is an African-led movement with an epic ambition to grow a 8,000km natural wonder of the world across the entire width of Africa. So far, Green up Gambia has managed to plant more than 24,000 thousand trees since 2016, when the initiative was launched.

“Trees are the primary producers; we all depend on them in many ways. Planting a tree is saving the world’s biodiversity, the health of the planet and the wellbeing of mankind,” Omar stressed.

According to Omar, young people in the Gambia are not involved in decision making processes regarding the environment and this pushes them to protest against bad decisions such as the recent destruction of the Monkey Park in Bijilo.