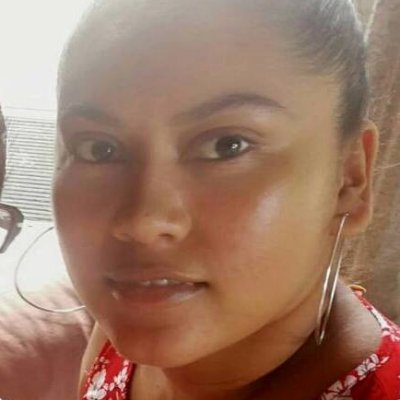 Climate change is no longer a far away potential threat but a reality for many countries, particularly for islands like Mauritius.

Observed climatic changes and their impacts on the island include a rise in average air temperature by 0.74 – 1.2 °C, sea level rising by more than 2.1 mm/year resulting in salinisation of agricultural land in some regions and an increase in the frequency of extreme weather events.

Paradoxically, while annual rainfall is dropping and causing periods of droughts, an increase in the frequency and intensity of torrential rains is being recorded and observed all over the island. Normally such events can be unproblematic if hazard-prone areas are well prepared and resilient. But as reported in recent literature, not only is there an increase in flooding events caused by non-cyclonic intense rainfall, but these are increasingly resulting in disasters by having socio-economic impacts.

From January to February of this year, in the span of less than 20 days, the island experienced two flood events affecting built infrastructures particularly housing in several regions. While authorities are highlighting that no lives have been lost, it is worth noting that in most cases, floods present more an economic risk than a lethal one and they are the hazards with the greatest level of impact on human population worldwide.

Flood risk and land use

According to past World Risk Reports, Mauritius has been ranked among the top 20 countries with the highest disaster risk for several years now.  Its disaster risk profile by the Global Facility for Disaster Reduction and Recovery (GFDRR) highlights that flooding is the second largest risk after cyclones, causing 20% of the direct economic losses associated with disasters. And most of these costs are due to impacts on the residential sector.

Behind these statistics, lies unsustainable land use practices that are aggravating vulnerability to disasters and that includes destruction and degradation of ecological systems such as wetlands and the soil. The National Biodiversity Strategy and Action Plan 2017-2025 documents land use conversion, growing demand for land for development in coastal areas and backfilling as some of the factors threatening biodiversity of coastal, freshwater & marine Environmentally Sensitive Areas and the ecosystem services that they provide. Wetland destruction and reduction in vegetation cover for example contributes to changes in hydrological cycles and stream flow, thus influencing the risk of flooding. The degradation of natural drainage systems and the misuse of artificial ones, further exacerbates the risks.

It is widely recognised among different stakeholders that Mauritius is vulnerable to the impacts of climate change and that there is a need to increase its adaptive capacity. But a sense of urgency is missing. Existing ecosystems that are our best allies on the road to resilience are still not given due consideration as key components of the solutions. Rather the contrary, they are often treated as disposable and replaceable infrastructures.

While resources are being used to plant trees and mangroves in some part of the country, there is often inaction from some key actors when important ecosystems are being destroyed or about to be destroyed in the name of economic development in other regions. There should be less room for these contradictions. Restoring degraded ecosystems and the services that they provide, such as flood regulation, is costly and not always implemented using the best practices. Tree plantings are for example easily ‘marketed’ as climate solutions but not all of these projects are effective.

There may be a preconceived idea that we can just replace any lost ecosystem but it is easier and more cost-effective to just not destroy it in the first place. But clearly such situations are impossible if there are important shortfalls in environmental impact assessment systems and land planning and risk reduction strategies are not effectively integrated.

Mauritius seemed set on a good path with the enactment of the National Disaster Risk Reduction and Management Act in 2016 that provides an entry point for different ministries to work together on disaster issues. However policy development is one thing and its effective translation into actual outcome and positive impact is another.

As long as constructions that destroy ecological systems (natural or man-made) are only seen as a positive ‘economic development’ for the country, instead of what they really are, meaning costly and long-term environmental debts, Mauritius will remain largely unprepared to deal with the current and projected impacts of climate change.