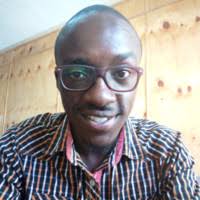 Kenyan freelance journalist David Njagi has a special attachment to his stories. A story recently published by DeSmog had been ‘killed’ by his editor ten years ago, when he worked for The Daily Nation.

“This story died at the Daily Nation desk but it continued to live in me,” he said of ‘We Need Water Before Oil’ – his story on how a poor and marginalized community in northern Kenya was impacted by oil exploration activities conducted in the area by a Chinese firm.

News that Kenya was joining the league of oil producing countries was received with excitement. That was back in 2008 when the China Offshore Oil Corporation (CNOOC) announced it had identified 15 wells which showed strong signs of holding oil and gas deposits.

Journalists and media organizations were readying to tell the story of prosperity. In 2010, David Njagi was sent to Merti, the little town in the north where oil was reported to have been discovered. His brief was simple: to find out if oil had indeed been found and how long it would take before the first barrel of crude went to market.

But a whole different story awaited him in Merti. There was no oil, CNOOC was pulling out, the wells were gaping open with shrubs grown around them and residents had been disillusioned.

“The people had issues to raise,” he said, “they complained of damaged land and promises of boreholes and health facilities that were not met.”

David thought this would have made a bigger story but his editor did not, and so it was not published but he kept it in mind and remained in touch with the sources he had established. And ten years later when Mat Hope, editor of DeSmog UK contacted him for a story around oil exploration activities in Kenya he had the perfect one.

More than many journalists I know, David relies on local people’s voices in his storytelling, much more than expert opinion. I asked why. “Science journalism creates impact and makes people interested in issues when it is done from a people’s perspective,” he explained, adding that people like to read about people – how they live and how their lives are influenced by the events of the story.

This was one of the first lessons he learnt when he chose to specialize in science reporting.

“At Nation they used to warn us against being too technical because you easily lose your readers,” David said, adding that while expert opinion and quotes from the UN and major development organizations are important in science and development reporting, it is community voices that best help to put scientific evidence into perspective.

“Experts have to explain the concepts and the findings of their reports and when you add that to the people talking about their lived experience, that’s powerful. That’s the heart of the story.”

Writing for an international audience comes with greater responsibility. David understands that to stay on top of his game, his content has to be rich and his prose intricate.

In a recent article for the BBC’s Future Planet, the flair of his writing is evident from the lead. He attacks the story (you really have to read the story to appreciate this) with a nut graph. The quality of the direct quotes tell of well-framed interview questions and from his paraphrasing you can tell he listened well. He applies the principles of the four paragraph lead, of which The Bloomberg Way says: “learn how to apply this to stories—all stories—and you will know how to succeed.”

I asked how long he thought about that lead and what kind of questions he asked to get such strong quotes. “This was not part of the interview,” he explained. After his interview with Jane Nderu, a farmer in Central Kenya, David engaged her in a general conversation, even walked with her to her farm and while there asked conversationally what it felt like to be in a hailstorm. “She asked if I had ever been in a riot and then went on to explain that hail is exactly like that.”

The small talk after the interview formed the basis of his lead and storyline. “The quality of your journalism very much depends on the quality of the relationships you build with your sources,” David explained.

“I started writing while still in college. I wrote full page articles for many media organizations for free,” David said, explaining that in the beginning his sole focus was to build a strong profile.

While in college, his free time was spent pitching and writing stories for different publications without demanding a cent. Even when he was engaged as an intern at the Public Relations Society of Kenya (PRSK), he would still “throw some stories to Kenya Times, People Daily and The Leader.”

Each time his story got published, he kept a clip until he built an irresistible profile and major publications started noticing him.

“Things have changed today and potential employers ask for links to your work, but I have kept my clips to date. Back then there was no digital reporting or storage.” David said.

In addition to offering his skills to get experience, David chose to specialize very early in his career. Even before he had a job, he was already known as a science reporter and so “when climate change issues were taking root in Kenya and Reuters were looking for a reporter, it was easy to seize that opportunity,” he explained.

His advice to young journalists? “Don’t work so much about money but build yourself as a proper journalist first. Be a master and an authority in a space of your choice.”