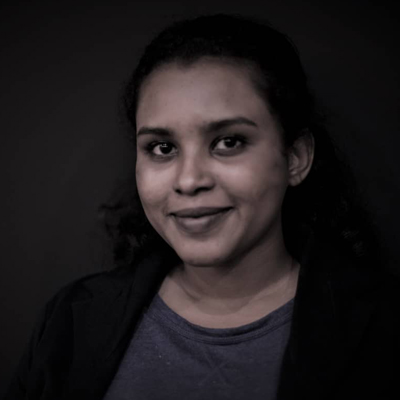 Sudan is experiencing the worst flooding in a hundred years.  About 120 people have died and close to 800,000 have been displaced.

Both the White Nile and the Blue Nile have burst their banks and Tuti Island which lies on the edge of the rivers’ confluence in Khartoum, was almost submerged.

DIRAJ member Elzahraa Jadallah, a freelance journalist based in Khartoum, says it is a very rare occurrence.

“We could see the water level rising in both rivers, and in about seven days the rivers were flooded, like huge waves, joining up in Khartoum. This explains the scale of destruction this time,” she said.

The floods have hit 17 out of Sudan’s 18 states and the capital, Khartoum, is one of the worst affected. Elzahraa says the humanitarian crisis that has ensued was largely avoidable.

An avoidable disaster and a slow response

“The worst affected areas are those by the Nile, and this reflects the problem. Development has been done without regard for riparian land and so the river is choking in some areas, without space for overflow,” she said.

In an article published by The Conversation, Professor Abdelrahim Salih of the Imam Muhammad ibn Saud Islamic University, explains that the floods in Sudan are following a familiar pattern. The greater Khartoum, Sennar, Kassala, Elgezira and Darfur regions have always borne the heaviest impact.

All these areas are part of river basins, where settlements have been built in flood plains, Professor Abdelrahim explains.

Other than the physical planning challenges, Elzahraa says emergency response in Sudan has been slow and inefficient even though floods occur almost every year. “Local people are always caught unaware and humanitarian response is always late and insufficient,” she said.

The government of Sudan has a supreme committee within cabinet, tasked with preparedness and response to flood emergencies. The committee is coordinated by the civil protection ministry and comprises all line ministries like that of water and irrigation.

The technical teams within line ministries produce and analyse weather and related data and provide briefing to the supreme committee. Elzahraa believes the current flooding was well known to the committee way ahead of time.

“The rise in water levels here and in Lake Victoria, the heavy rains now being experienced in the Ethiopian highlands, in parts of Sudan and the entire great lakes region – all these were well known. Surely the response should have been better.”

The government declared a three-month state of emergency and committed $2.73 million to help flood victims, but many were still waiting for aid even as the UN made an appeal for humanitarian support by the international community.

The role of the news media

Elzahraa believes the media has a role in ensuring that the country deals better with the perennial flooding problem. We asked what stories she thinks journalists should be focusing on now.

“I am worried about the health situation now. When you look at the environment, flooded as it is, and people living in camps all over, you can tell an epidemic could breakout anytime, we need to put the spotlight on that,” she said.

But even more importantly, “there is a need to write stories on how people who have lost everything in the floods will build their lives over again and also neighbourhoods and infrastructure, to ensure we are resilient going forward,” she added.