press Enter to search
Investigation
13 May 2020 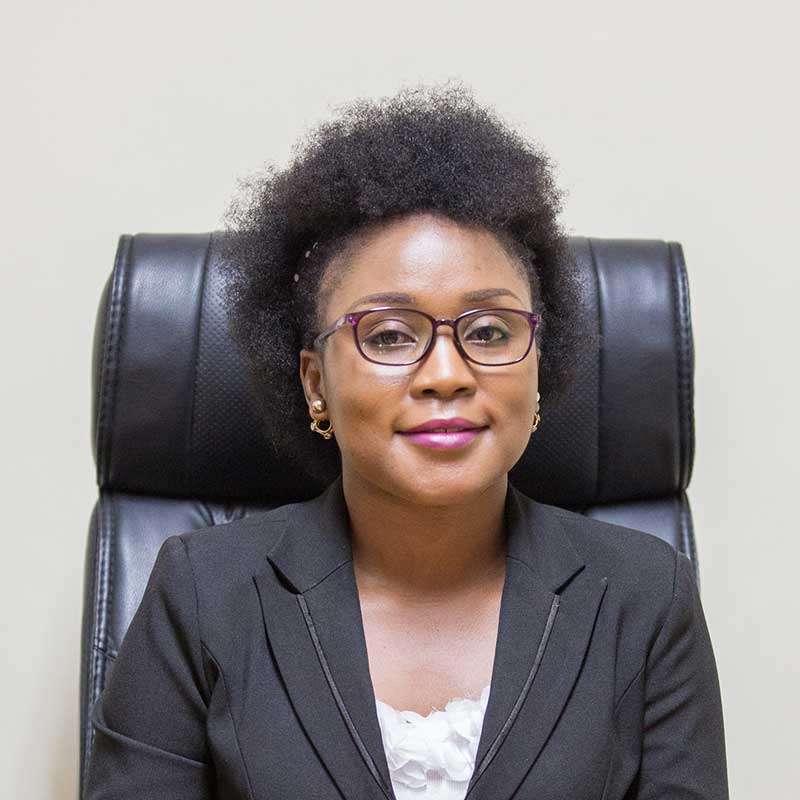 It is a sunny afternoon in Lilongwe, Malawi, and Felecia Kelevati, 25, is sitting under a lemon tree in her compound, deep in thought as she breastfeeds her child. Not far from where Felecia is resting, another child, a son aged three named Shad, is playing and covered in dirt, seemingly oblivious to the problems tormenting his mother.

Suddenly, Shad motions with his hand in the direction of the path leading to the compound, drawing his mother’s attention to three approaching visitors. As the visitors near the compound, they can tell from the face of the person they are visiting that she is in low spirits, and deduce that something must be bothering her.

The visitors guessed right as Felicia’s mind is in turmoil, having walked in scorching heat to and from the local  market where she had gone to sell maize without success. Like Felicia, many other women in her village of Mankhwala, Traditional Authority (T/A) Kalolo in Malawi’s capital, Lilongwe, are brooding over their unsold maize. After greeting her visitors while mindful of maintaining the one-metre social distance amid the Coronavirus pandemic, Felicia explains why she looks somber. She says she has just returned from her local  market, which is managed by the Agricultural Development and Marketing Corporation, or ADMARC for short, where she had gone to sell her maize.

ADMARC is a statutory company that sells and buys crops. It supports farmers and promotes food security by maintaining strategic reserves of maize, Malawi’s staple. Felicia tells this writer that she just came back from the market called Chilaza, a four-hour walking distance away to and fro, empty-handed because it has run out of cash. She had expected to sell her grain weighing 15 kilogrammes at the recommended price of MK200, implying that she would have gone home with MK12,000 (US$15). Fifteen dollars may appear insignificant, but in Malawi, where poverty is widespread with the vast majority of the population struggling to make ends meet, it can mean a lot.

“If I had known the trip would be useless, I would have sold the maize to vendors, even though we know they exploit us,” says Felicia, a forlorn look in her eyes.

Vendors are unscrupulous people who invade rural areas the moment harvesting period starts, buying crops at much lower prices than those recommended by the government. The vendors in turn sell the produce bought from small-scale farmers to ADMARC.

“You walk hours to the ADMARC market, only for you to return without the money you desperately need.  This is why most of us sell our crops to vendors,” Felicia says. “The vendors buy at lower prices and re-sell at higher to ADMARC at higher prices. They exploit us, admittedly, but they save us when ADMARC fail to serve us.”

Felicia says sadly, women small-holder farmers compete with vendors when selling crops to ADMARC, and the latter always carry the day because they have financial muscle. “Women face a lot of problems when selling their crops to ADMARC,” says Felicia, who is married and has two children. She says the reason vendors experience no problem selling to ADMARC crops they buy from us is that they have money “to bribe clerks for favours.”

Felicia says: “We know vendors are ripping us off, but they save us in time of need, especially when we badly need money to buy necessities in our homes.”

She says women farmers struggle to get farm inputs and then invest their energy for their livelihoods, but each year the story of vendors exploiting them repeats itself. “We solely blame ADMARC for failing to control their corrupt clerks, thereby allowing vendors to exploit us,” Felicia says. She says she wanted to use the money from the sale of her maize to take Shad to a private hospital as Covid-19 has affected service delivery in public hospitals that offer free services.

If you don’t bribe, you won’t sell

Eighteen-year-old Catherine Banda, a mother of two and inhabitant of the village, says she concurs with Felicia’s observations regarding the way ADMARC is performing. She says she does not see any hope for the future because of the “the gaps that ADMARC officials have created in their markets that give vendors room to exploit poor farmers.” “There is too much corruption at ADMARC markets. Clerks capitalize on the shortage of cash to demand bribes from us. If you don’t bribe, you won’t sell.” Catherine says.

She says she is aware that the government directed ADMARC to buy maize at MK200 per kg which she describes as a good price. Catherine laments: “But there is too much corruption in our ADMARC markets. Priority is given to vendors because they bribe clerks and consequently they are served first.”

“Often when it’s our turn, clerks tell us they have run out of cash after serving vendors. For a poor woman like me, I can’t afford to offer a bribe and thus will always suffer.”

It is a sad development

In his response to the women farmers’ concerns, Felix Jumbe, the Chief Executive Officer of ADMARC, acknowledges that there are gaps in their markets. “That is why new measures have been introduced to curb the malpractices,” Jumbe told this writer in an interview.

He says farmers across the country have lodged complaints of how some clerks operate and give priority to vendors after they have been bribed. Jumbe says the malpractice has led to some farmers not accessing the market, forcing them to sell maize to vendors who swindle them out of their only source of income. “It is a sad development but ADMARC has embarked on a sweeping exercise to bring decency in the entity and get rid of clerks who have been oppressing farmers,” he says.

Jumbe admits that failure to open markets in good time has given vendors leeway to coax farmers to sell farm produce at very low prices. ADMARC was early this year allocated MK9.2 billion to buy farm produce across the country, according to Jumbe. “Unfortunately, due to Covid-19 and other unforeseen circumstances, we delayed a bit and most farmers were not patient to wait for ADMARC depots to open,” he says. He says things have normalized and that markets have reopened, although they are no longer releasing huge amounts of money to prevent the clerks from mismanaging them.

“The process also allows us to stock-take what has been purchased against the funds disbursed. Once that is done, we release the money for them to continue the purchases.” Jumbe says his corporation is investing in transparency and accountability so that farmers appreciate their contributions when they are selling and buying the produce. He says to reduce exposure and vulnerabilities women farmers face, ADMARC has developed a database registering all small scale farmers.

“The aim is to build a consumer-producer relationship so that farmers are followed up and sell their cereal to the corporation no matter the circumstances.” Jumbe says. He says the data base formation will help to create contract farming and that farmers will have a readily available market for their produce to improve their livelihoods. Jumbe says: “ADMARC plans to buy 600,000 metric tonnes of maize and 40,000 metric tonnes of soya beans. This is a good deal for farmers as they will also have first priority.”

Women farmers continue to be exploited

Vitumbiko Chinoko, CARE International Advocacy and Partnership Lead for Southern Africa, says it is sad women farmers continue to be exploited, especially during disasters. CARE is an international NGO operating in central and southern regions of Malawi, focusing on gender equality, good governance and policy advocacy,

Chinoko says farmers engage in agriculture not only for household food supply but also as a means to earn money to use for other important purposes. “Yet other people are paying a blind eye to that,” he says. Chinoko says his call to the government through ADMARC is to offer good prices, especially now that Covid-19 has taken its toll on essentials, demanding everyone to dig deep in their pockets.

“It is important that government should seriously invest in implementation of policies that will cushion farmers from exploitative middlemen,” he advises. Chinoko says offering good prices to farmers was meant to address the pending recession which he notes has expertly been predicted. “Now, with all those gaps at ADMARC, farmers have no choice but to sell their produce to vendors at lower prices, leaving them vulnerable,” he says.

Chinoko says as a response to such challenges, CARE is running a campaign called #Sheleadsincrisis, which recognizes the binary face of women in disasters. “Women are disproportionately affected in most disasters owing to lack of information, poverty and their stereotypical caring roles, among other factors,” he says.

CARE has noted that optimal capacity building investment has enabled women to be resilient and respond effectively to disasters, hence their investment. Chinoko says: “We are hopeful that through this campaign, we will influence government and other actors to prioritize investing in rural women who are usually first responders in disasters.”

Meanwhile, Felicia and countless other peasant women farmers in Mankhwala village continue to wallow in poverty, with no end in sight to their woes.

“As long as unscrupulous ADMARC clerks continue to have their way, we will always be at the mercy of the equally dishonest vendors and remain poor forever,” says Felicia. “What wrong did we do that has condemned us to endless poverty?” she asks as she lets her child to suckle again.