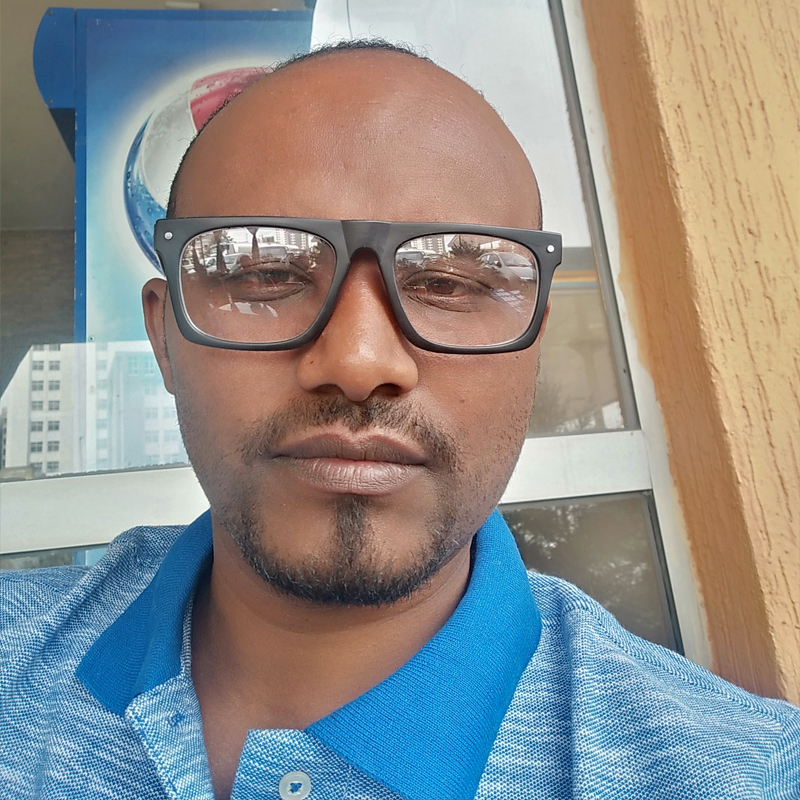 Demesew Zenebe is a farmer in his late 50s who lives in Antsokya Woreda, in the North Showa zone of Amhara regional state of Ethiopia. Farming has been his livelihood since childhood. His late father was able to raise six children, including him, without too much hardship. However, things have rapidly changed in the last half century.

Agricultural practices in the area had traditionally revolved around two harvests a year as there was natural water spring only a kilometre away from the village. The spring water had served multiple purposes – drinking, cooking, cleaning, and irrigation – that enabled the local farmers to produce grains beyond just during the rainy seasons.

In Ethiopia, it is estimated by FAO that 140,000 acres of forests and woodland are destroyed every year. As a result of this, land degradation and desertification greatly impair the livelihoods of many farmers in the northern, north eastern and eastern parts of the country.

For Demesew and his fellow farmers in Antsokya Woreda, it has been a long time since the spring water nearby dried up and forced them to rely on rain water to produce crops only once a year. Moreover, climate change is exacerbating poverty and has led youths to migrate to the cities in search of employment opportunities.

“I can’t convince my children to stay in the village with me and their mother as we can’t provide them with even two meals a day. But my late father did it some 25 years ago.”

According to UN agencies, in Sub-Saharan Africa, desertification may force up to 50 million people to flee their homes by 2020, and threatens an estimated 70-80 % of people in Ethiopia. However, The Great Green Wall, established in 2007, is helping to reduce desertification across Africa, and in the Sahel countries in particular.

The Great Green Wall is an African-led movement to grow a wall of trees, 8,000 km long, across the continent of Africa. Stretching across the Sahel region. – a region severely affected by desertification – it could change the lives of millions of people.

Since 2007, the Great Green Wall initiative has had several success stories. In Ethiopia, 15 million hectares of land were restored from their desert-like state. The United Nations Convention to Combat Desertification (UNCCD) is one organization supporting The Great Green Wall. With eight billion USD from UNCCD, the Great Green Wall is increasing food security, resilience to climate change and job availability, while decreasing drought, famine, and migration. The pivotal goal is to restore 100 million hectares of land and create a minimum of 350,000 jobs for rural jobs by 2030.

In Ethiopia, the situation is compelling. 35% of the country’s forest coverage from the early 20th century has been reduced to only 4% since the early 2000s. The country has launched the Green Legacy campaign, which includes a plan to plant five billion trees this year alone.

According to the data from climate change and forestry commission, 1.3 billion seedlings are expected to be planted in Amhara regional state from the 5 billion seedlings planned at the national level for this year. For farmers like Demesew, the Green Legacy projects to plant seedlings of fruit-bearing trees provides hope for a more bountiful future.

Ethiopia is highly affected by climate change. Average temperatures have increased and diminished patterns of rainfall have led to recurrent droughts, particularly in dry and semi-dry areas of the country. For this year alone, some seven million people need humanitarian aid including emergency food assistance, according to Debebe Zewdie, Public relations Director at the National Disaster Risk Management Commission (NDRMC).

Fruit-bearing trees can be part of the solution. While most of the seedlings planted were indigenous tree species, there were also fruit trees such as avocado, papaya, and apple, among others. They will be planted in places that accord with the ecological plan and are expected to start bearing fruits within a three year period. Besides increasing forest coverage and preventing desertification, these fruit-bearing trees will also provide an additional crop for farmers to harvest.

According to the data from the Ministry of Agriculture, close to 60% of the seedlings will successfully become fruit-bearing trees.

“I want to see those nearby springs return as I remember them in my childhood and bring my children back to live with me” said Demesew Zenebe with great hope, adding that he promised to plant more than 50 trees for the coming rainy season.